The closing panel “Dynamics of UN – EU – NATO – RoC relations” and the certificate awarding ceremony of the first cycle of the UN Academy educational programme took place on Wednesday, December 16, in the premises of the Croatian Journalists’ Association.

Participants of the closing panel were H.E. James Foley, Ambassador of the United States of America to the Republic of Croatia, Mr. Vladimir Drobnjak, Chief Negotiator for Croatia’s Accession Negotiations to the EU, and Mr. Mladen Staničić, Head of the International Political and Economic Relations, Institute for International Relations. The discussion focused on the dynamics of relations among the UN, NATO and the EU, taking into account the perspective of the Republic of Croatia as a member of two, and hopefully soon, all mentioned organizations. The panel was moderated by Mr. Joško Klisović, President of the UN Association Croatia, and followed by a Q&A session for participants of the UN Academy, members of the press and other participants.

After the panel, successful participants were awarded with certificates of completion.

The UN Academy is the first extracurricular educational programme in Croatia centred exclusively on the UN system and UN-related topics as well as specific areas of UN’s concern such as peace and security.
Judging by the response of applicants and the success of the first edition of the UN Academy, it remains certain that the Croatian United Nations Association will continue to work on this project. with the selfless assistance of its members, and representatives of the diplomatic and academic community.
We would like to use this opportunity to thank everyone who contributed to the success of the UN Academy – the Institute for International Relations, the U.S. Embassy in Croatia, lecturers, private donors and our members. 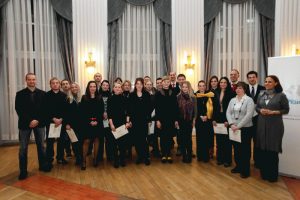 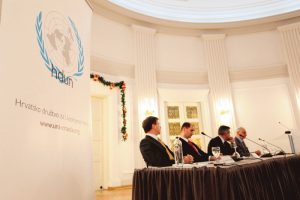