The participants, 25 of them, were selected through a public call for applications among more than 200 candidates. They will have the opportunity to get to know the United Nations system, its role in the field of international relations and its importance in dealing with current global challenges such as the maintenance of peace and security, the fight against poverty, the affirmation of human rights, etc. Besides the general part of the program, which provides insight into the basic structures and bodies of the United Nations, a special block of lectures will be devoted to the role of the UN in the fight against climate change, one of the most important global issues in today’s world.

Lecturers in the program are leading Croatian experts and practitioners of international relations, with extensive experience with the UN. 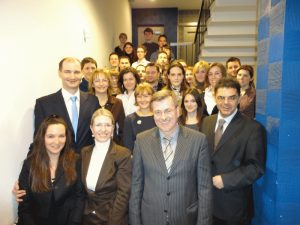